An antibody (Ac) is a complex glycoprotein produced by the immune system (by plasma cells) in response to stimulation by a usually foreign component, also called an antigen. Antibodies are able to bind specifically to antigens to neutralize them, but also to recruit effectors of the immune system, such as macrophages, NK cells or the complement system to eliminate microorganisms or cells that express these antigens. The specificity of the antibodies for their target antigen, the extent of the potentially targeted antigen repertoire, and the effector capacities recruited by them, make them very powerful therapeutic agents.

The pharmaceutical industry is relying more and more on therapeutic antibodies to satisfy the still numerous health needs. However, the French industry is lagging behind in this field. Despite a high consumption of drugs by the French population, only three therapeutic antibodies are produced in France (omalizumab, canakinumab, secukinumab). None of the therapeutic monoclonal antibodies marketed come from French research and only a small proportion of the almost 500 antibodies in development are derived from French research.
The major medical interest aroused in recent years by the use of anti-monoclonal antibodies in the treatment of many diseases has led to an awareness of the scientific, medical and economic challenges that France must meet if its pharmaceutical industry is to become internationally competitive again. Special efforts must be made to protect intellectual property and the employment of young scientists, while stimulating the dynamics of research and development.

Production of monoclonal antibodies by hybridomas

The hybridoma technique developed in 1975 by Georges J.F. Köhler and CesaMilstein is based on several observations. B lymphocytes are capable of multiplying and secreting antibodies specific to a given antigen when the latter is detected by the immune system. Found in high concentrations in the spleen, these B-lymphocytes have a low capacity for survival outside the body and do not proliferate in culture in any medium. On the other hand, there are cancer cells of the B lineage, derived from myeloma, which can be cultured in the form of continuous lines. Researchers have long wanted to create clones of antibody-producing cells to ensure that each cell produces only one type of immunoglobulin, with a specificity. The ingenious idea of Georges J.F. Köhler and César Milstein was to combine the immortality of myeloma cells selected not to produce antibodies with the ability of B lymphocytes to produce antibodies of a given specificity by fusing these two cells (hybridoma). For this purpose, spleen cells are extracted from mice previously immunized with a selected anti-gene. Using polyethylene glycol, these cells are fused with myeloma cells that have lost the ability to produce antibodies and whose gene coding for hypoxanthine-guanine phosphoribosyltransferase (HGPRT) is deficient. This enzyme is involved in the salvage pathway of purine-like nucleotide synthesis. Fused cells are selected by adding hypoxanthine, aminopterin and thymidine to the culture medium (HAT). The aminopterin blocks de novo nucleotide synthesis, forcing the cells to use the rescue pathway, whose substrates are hypoxanthine and thymidine. In this environment, myeloma cells do not survive without HGPRT, and unfused B cells die rapidly. The mixture is diluted and distributed to the wells of a microplate so that each well contains no more than one hybridoma. Hybridomas are therefore the only survivors able to form clones after about 10 days. Using a sensitive method to determine the specificity of the antibodies secreted in the medium (usually ELISA or cytometry), the clones which produce the desired antibodies are identified and multiplied. A particular hybridoma can be conserved (liquid nitrogen) and later reactivated with unlimited production of the specific antibody. Multiplication of the clones takes place in a suitable culture medium, or by inoculation into the peritoneal cavity of the
smile. Monoclonal antibodies are finally obtained after purification and concentration.

What is the structure of an antibody?

Antibodies are immunoglobulins, glycoproteins with a complex structure (figure 2), divided into several classes and subclasses with specialized biological activities (figure 3). These bi-functional molecules possess both a direct binding capacity to the antigen (Fab portion) and an ability to interact with the immune system (Fc portion).
At the end of the Fabs, folding of the peptide chains of the VH and VL regions ensures spatial approximation of the six CDRs, constituting the antigen-binding site, also known as the paratope. The paratope of the antibody recognizes a specific pattern on the antigen, the epitope. A distinction must also be made between the affinity of an antibody’s avidity, denoting respectively the strength of antigen-antibody binding, and the strength with which a multivalent antibody binds to a microorganism or a cell expressing several antigens. 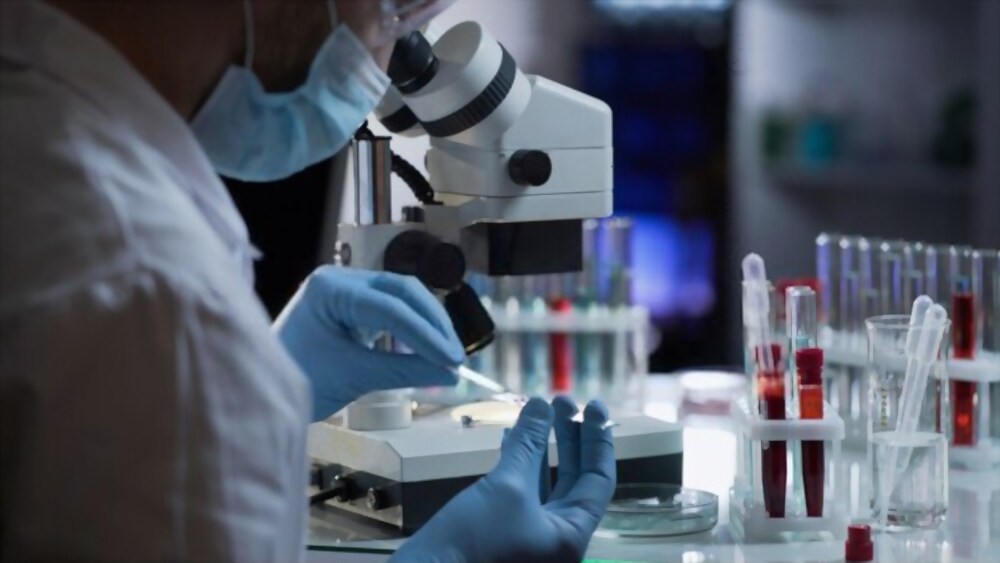 They consist of two heavy chains (H for heavy), and two light chains (L for light), linked together by non-covalent bonds and disulphide bridges. The hinge region connects the two variable arms of the antibody (Fab for Fragment Antigen Binding) to the crystallizable portion (Fc for Fragment Crystallizable), while providing flexibility to the immunoglobulin arms. Each immunoglobulin chain consists of do- mains of about 110 amino acids, stabilized by an intracatenary disulfide bridge. A light chain has two domains, while a heavy chain has four (IgD, IgG, IgA) or five (IgM, IgE) domains. The amino-terminal domains of heavy and light chains, VH (Variable Heavy) and VL (Variable Light), include framework regions (FR for Framework Regions) and three hypervariable regions (CDR for Complementary Determining Region). The other domains participate in the immunoglobulin architecture and are highly conserved within a species, hence their designation CL (Constant Light) and CH1, CH2, CH3, or even CH4 (Constant Hea- vy). The N-glycans connected to the heart of the Fc portion also participate in this structural role, and are indispensable for the functionalization of Fc. Conversely, by designing aglycosylated antibodies, one can have antibodies that are unable to recruit cells from the immune system, which can sometimes be desirable if one just wants to antagonize a receptor without destroying the cell that carries it. 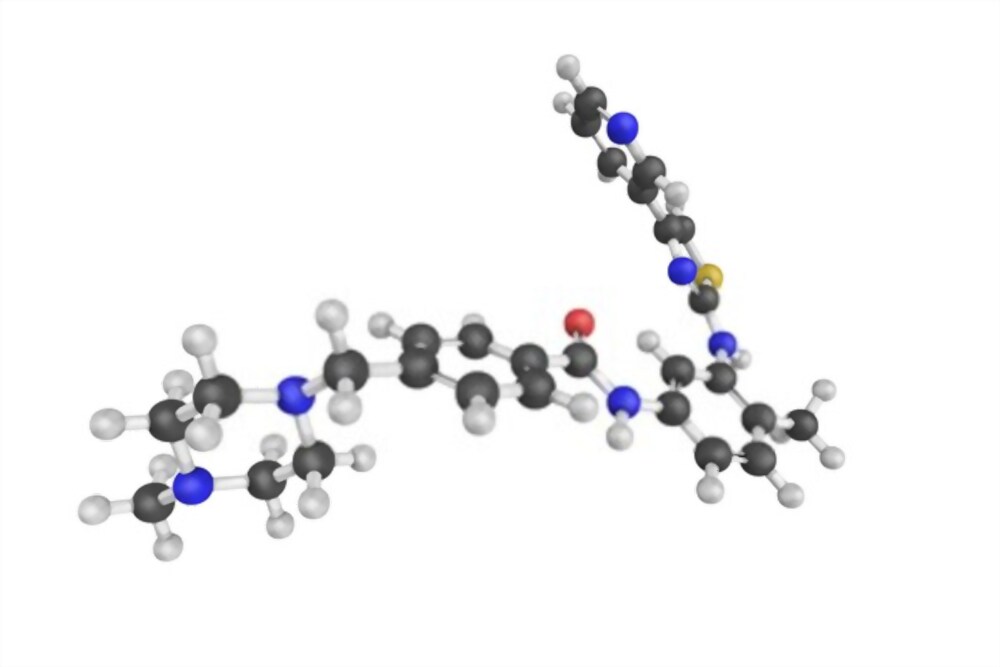 Composed of the constant CH2 and CH3 domains, the Fc portion of IgG deter- mines the half-life of the antibody through binding to FcRn receptors, thus allowing them to be « recycled ». In other words, by binding to FcRn receptors, antibodies can persist longer in the body before being degraded. In the clinic, this means that the antibodies can be administered more frequently, resulting in fewer injections for the patient. Recruitment of immune effectors is also ensured by the Fc portion when it binds to C1q and/or Fc receptors (FcRs) of phagocytic or cytotoxic cells. In this context, the antibodies administered allow the immune effectors to be guided towards the target (e.g. to eliminate a cancer cell).
The antibodies themselves are divided into classes and subclasses (figure 3), defined according to the nature of their heavy chain. Each type of immunoglobulin has associated properties and characteristics. IgG is the majority class in the secondary immune response and accounts for 75% of plasma immunoglobulins. IgM is the majority class during the primary response. Mainly found in mucosal secretions, IgA is involved in local immunity. IgE has a known role in antiparasitic immunity and in immediate hypersensitivity reactions. Only IgG is used as an essential therapeutic agent because it is the simplest and has the longest half-life due to its ability to bind FcRn.

What are the mechanisms of action of therapeutic antibodies?

An antibody can be neutralizing if its affinity for the antigen is sufficiently strong, and if the recognized epitope is a critical site in the function of the target antagonist. Neutralizing therapeutic antibodies can then be directed against exogenous antigens (venoms, drugs, bacterial toxins, viruses) or against soluble autoantigens (growth factors, cytokines). They then prevent the interaction between these antigens and their cellular target.

Some antibodies are also able to induce a cytotoxic effect on the cell to which they bind, via their Fc portion. Thus, cytolytic antibodies can activate the classical complement pathway by binding to C1q, and/or recruit cytotoxic or phagocytic cells by binding to their FcgR receptors. This is referred to as antibody-dependent cellular cytotoxicity (ADCC). This property may be desired, as in the case of a cancer target, just as it may become undesirable. Therefore, IgG1 is most suitable if cytolytic effects are sought; IgG2 and IgG4, on the other hand, can be used to avoid cytolytic effects.

What diseases are treated by therapeutic antibodies?

Diseases have seen their prognosis totally transformed by the advent of anti-therapeutic agents, with improved quality of life for patients with chronic, highly disabling diseases. Antibodies neutralizing the cytokine TNF-α responsible for inflammation, first and foremost inflixi- mab and adalimumab, have enabled patients with rheumatoid arthritis or Crohn’s disease to return to normal life. These drugs are also effective in ankylosing spondylitis and psoriasis. Natalizumab, an antibody against a lymphocyte adhesion molecule that blocks the migration of lymphocytes to the brain, is one of the best treatments for multiple sclerosis. Elderly people with age-related macular degeneration who are at risk of blindness can now maintain vision thanks to neutralizing antibodies to the vascular endothelial growth factor (VEGF), such as ranibizumab, bevacizumab and aflibercept. In oncology, progress is also being made. Rituximab has transformed the prognosis of lymphomas and trastuzumab is very useful in some forms of breast cancer. By neutralizing VEGF and blocking the proliferation of vessels and the blood supply to tumors, bevacizumab is also a useful adjunct to control many cancers. Several antibodies are now being developed that target and block inhibitory T-cell receptors, allowing them to « wake up » T-cells and allow them to attack cancer cells. This new form of immunotherapy is now offering hope for many cancers.

The use of antibody fragments is considered when the Fc portion is not required (local injection, short-term treatment).

The Fc portion of an IgG can be merged (genetically speaking) with proteins to increase their shelf life. The Etanercept was the pre-fusion protein with an Fc; targeting TNF-α, it has very good properties.
similar to an anti-TNF-α antibody. On can also fuse Fc’s to bio and spacing of the substitution drugs, and injections. This is the case with factor VIII recombinant, efraloctocog esparto, which is bound to the Fc portion of human IgG1.
It replaces factor VIII lack of coagulation in type A hemophiliacs, with more widely spaced injections (half-life 1.5 times greater than conventional recombinant), and therefore better control of the risk of bleeding.

In parallel with genetic progress, advances in chemical and bio-engineering have been made in the field of biotechnology.
The chemical compounds have been used to combine antibodies with chemical compounds via a linker. This strategy combines the specificity of targeting with the powerful cytotoxic effects of chemical drugs or radioisotopes that would have been too dangerous to administer without targeting, with adverse effects outside the target tissues. Such is the case with brentuximab vedotin, indicated for the treatment of Hodgkin’s lymphoma. This antibody against CD30 protein, widely expressed by the cells of this lymphoma, is coupled to an antimitotic agent (monomethyl auristatin E).

What future for therapeutic antibodies?

Today, antibodies are booming, making it possible to treat many diseases for which no treatment existed before. Every year, research projects continue to grow, as does the number of antibodies approved for use in the market. The next few years are likely to see a flourishing development of antibodies in a variety of formats, as research projects are numerous and the number of targeted antigens associated with the different antibody formats is virtually infinite.